We have continued to post outstanding growth for the second consecutive year and have been awarded a prestigious Pass French Tech 2nd star. Ubitransport was one of 87 winning start-ups in France. The prizes were awarded at the Prime Minister’s official residence, by Mounir Mahjoubi, Minister for Digital Technology.
Learn more 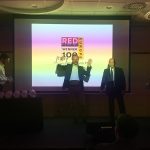